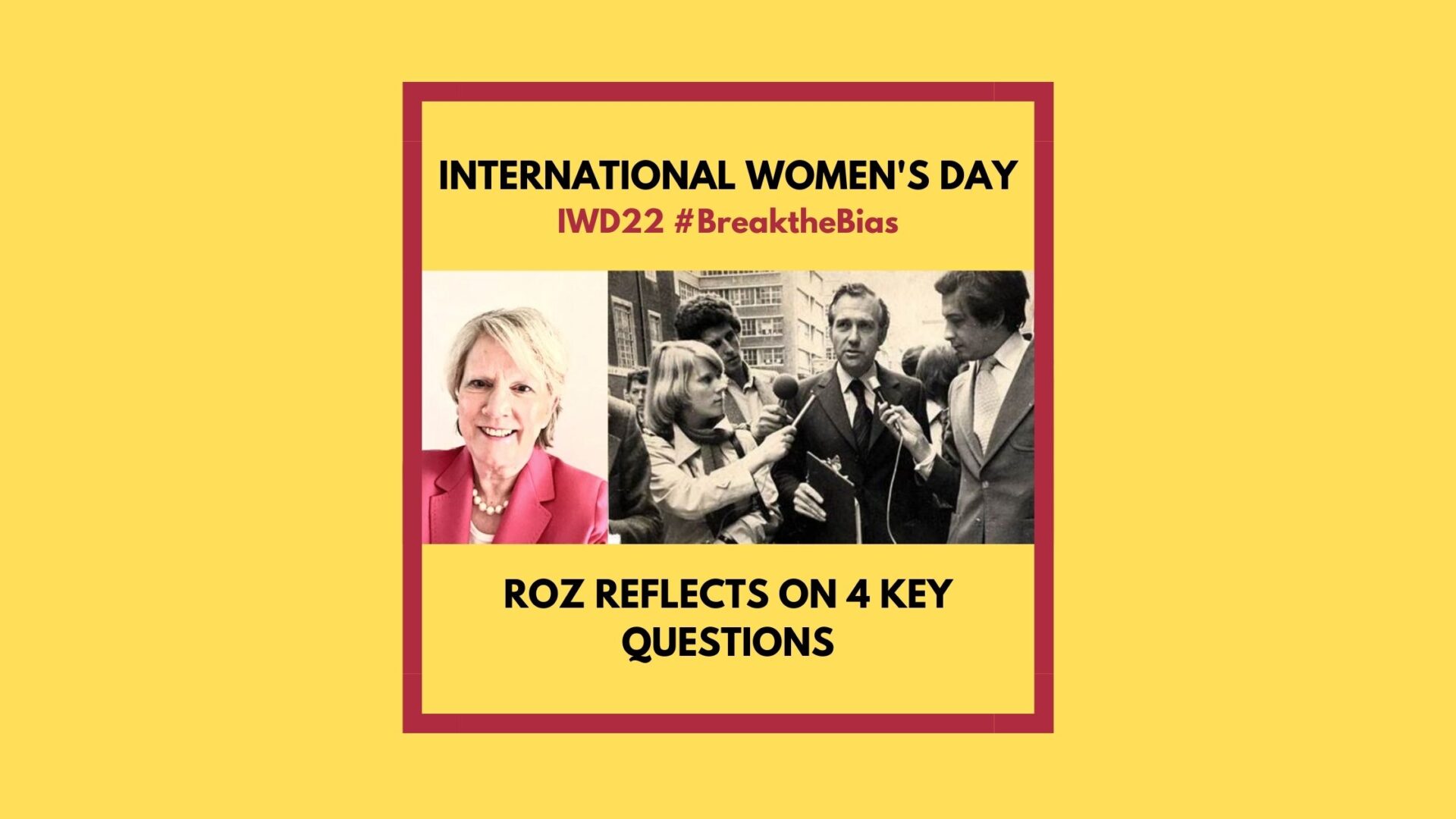 Why do you think it is important to celebrate International Women’s Day #BreaktheBias?

I believe it’s essential to have at least one day where women’s issues are focused on, reports are published, and discussions take place on how women are working now in reality across the world.  It’s also very important to celebrate women’s achievements in both our personal and professional lives. The best comment on this is from  Emma Barnett on BBC Radio 4 saying this year and last: “Welcome to Woman’s Hour where every day is international women’s day.” That’s the spirit.

What are the biggest changes that still need to be made?

I’m old enough to have seen lots of positive changes in all fields with more women having careers and roles in management positions than ever before in history. We’ve come a long way.

However, in the news media for instance, although there are more women reporters, newsreaders and executives than would have been thought possible even 20 years ago, it is still the case that almost all the people at the top of media organisations are men. They are ultimately the people deciding on programme strategy and influencing news story selection and tone.

Men are also still the majority at the top of FTSE 100 companies where, although there has been a lot of progress in getting more women onto boards, there are still very, very few women right at the top. We must all keep on working away at changing this.

Recent reports showing that companies run by women perform better than those run by men demonstrate that this is an important business issue and cannot be considered just an unrealistic ideal. Read Report

What was your dream career when you were a child?

Once I realised when I was 11 that I would never be a world-famous figure skater – largely due to not doing very much ice skating – I decided I’d like to be a policewoman – as they were known then. I thought it would be a great career because you would get to boss people about and do good.

A couple of years later a second reality check – the first having been about the figure skating – revealed to me that people don’t always do what the police tell them, and this was far too rough and tough a job for me.

Luckily at university I discovered the Oxford University student newspaper, plunged into journalism and have never looked back. When I left university, I started as a newspaper journalist, moved into BBC radio reporting, next TV reporting for BBC and ITV, and then set up my media training company TV News London.

The really important question though is: Why was my mother a teacher and two of her sisters? The answer is that although they were all very clever, they had no access to university places. Higher education for their generation meant universities for clever men and teacher training colleges for clever women.  This was true from the 1920’s to the 1970’s when there were also small quotas that restricted the numbers of women allowed to take university degrees in medicine and law. Equal access to universities for men and women did not exist in much of the last century.

My mother was a very shy person and she never really liked teaching, but it was the only professional career available to her.  We should all be grateful now that we have so many more choices than our mothers and grandmothers.

What is the best piece of advice you can give to other women?

I’ve run my own business for many years and my advice to women in business is always have a good lawyer and good hairdresser.  Plus do a lot of networking.

In addition, don’t let anything hold you back from building your profile both internally and externally.  The media needs many more women to be spokespeople and experts. Women are 50% of the population of the UK and the world, but any alien visitor would get the impression from the news media that women are a minority.

The BBC has made efforts to get more women’s voices on air with its BBC’s 50:50 Impact Report 2021 but there is still work to do on this.

My company does a lot of work helping women leaders to be effective spokespeople.  To find out more email us info@tvnewslondon.co.uk

The 7 steps to Look Even More Professional Online

Don’t Panic – Does the petrol crisis show the Government underestimates the huge power of negative words?