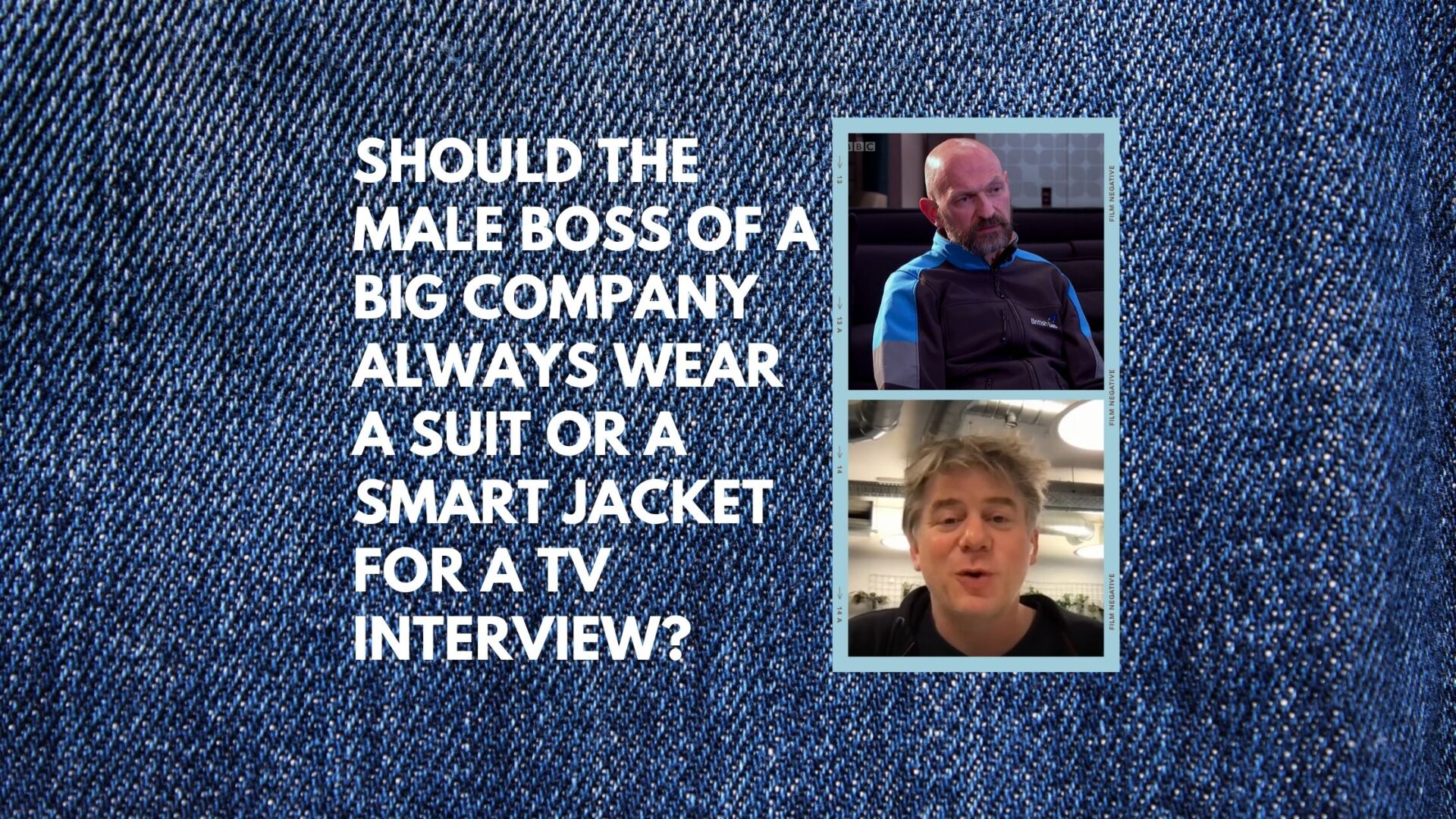 Should the male boss of a big company always wear a suit or a smart jacket for a TV interview?

Chris O’Shea is chief executive of British Gas owner Centrica, a company which has annual revenues of more than £20 billion.  He is reportedly the highest-paid of the company’s 26,000 employees, with a compensation package of more than £750,000 a year.

Recently he gave an interview to BBC News about the steeply rising cost of gas worldwide and I was shocked to see him wearing a tracksuit top.

Yes it was a smart British Gas tracksuit top, so he was promoting his company brand on national television, but did this make him look like the boss of one of the UK’s largest companies?

I don’t think it did. Even in these more relaxed and less formal WFH times, wearing a suit, with or without a tie, when interviewed on TV, still makes most people immediately think a man is a professional.  He is someone to be taken seriously because he looks as though he takes himself and his business seriously.

Centrica has more than six and a half million customers all facing upcoming big rises in their gas bills, so they are definitely taking the price of gas very seriously.  Was it really appropriate and respectful of his customers for rich man Chris O’Shea, who can certainly afford lots of well-fitting expensive suits, not to wear one?

Would he wear this tracksuit and jeans when addressing the Centrica board? Or just when he’s talking to plebs watching the TV who all earn a great deal less than he does?

It used to be that only women giving TV interviews had to worry about the extensive choices of clothing styles available to them, Suit, dress, skirt, trousers, blouse, T-shirt, plain, patterns, etc… Men just wore suits and ties.  Now a smart casual look can be acceptable so there are far more choices for them.

Women bosses can wear dresses or smart tops and trousers, with or without a jacket, and look professional.

However, for both men and women, it’s important to remember that a smart jacket, whether part of a suit or not, frames you in the tight shots used for TV interviews. It gives you instant authority.

Things changed and got more difficult for men about 15 years ago when British Prime Minister David Cameron, brought in the trend (which he later abandoned) of not wearing a tie for his TV and public appearances.

Many men then found out that this look is harder to pull off than it looks. You need a smart fitted shirt and not a sad old shirt that looks as though you should be wearing a tie with it. Also going tieless doesn’t always work for all middle-aged men. Not wearing a tie can make them look older (and trying too hard to be on-trend) not younger.  They’re better off sticking with wearing a tie.

Another trend we’ve witnessed was Dress Down Fridays and, as we all know, the Covid 19 lockdown has created a more permanent dress down situation for many office staff who’ve become used to working from home in casual clothes, making every day a dress down day.

However, I don’t think we’ve yet reached the point where serious money can be discussed seriously by men not in suits.  This is apart from a billionaire like Mark Zuckerberg with his uniform black t-shirts. When you’re a billionaire, you can make your own dress rules.

This does not apply to non-billionaires.

Is it something about energy companies that they want to be seen as ‘modern’ and casual?

Greg Jackson, the founder and CEO of Octopus Energy, has looked even more casual than Chris O’Shea when he gives interviews to BBC News wearing a jumper with no shirt or T-shirt and with a hairstyle from the Boris Johnson School of Bad Grooming.

I would argue that this look goes way beyond smart casual and into scruffy casual.  Why does this matter? Because every time someone appears on TV we have to process them. We have to accept them and then we listen to what they say.

In our media training sessions at TV News London, we always advise dressing smartly in order to be taken seriously and listened to.

Smart casual can be appropriate but it is a lot harder than it looks to carry off professionally. We provide expert advice on interview appearance as well as content and delivery.

Even being interviewed at the weekend calls for smart casual, not scruffy clothing. Images now last forever and reputations can be damaged by unfortunate grooming and clothing choices.  To benefit from our advice email info@tvnewslondon.co.uk or call +44 (0)208 275 8854.

Fake It Till You Make It