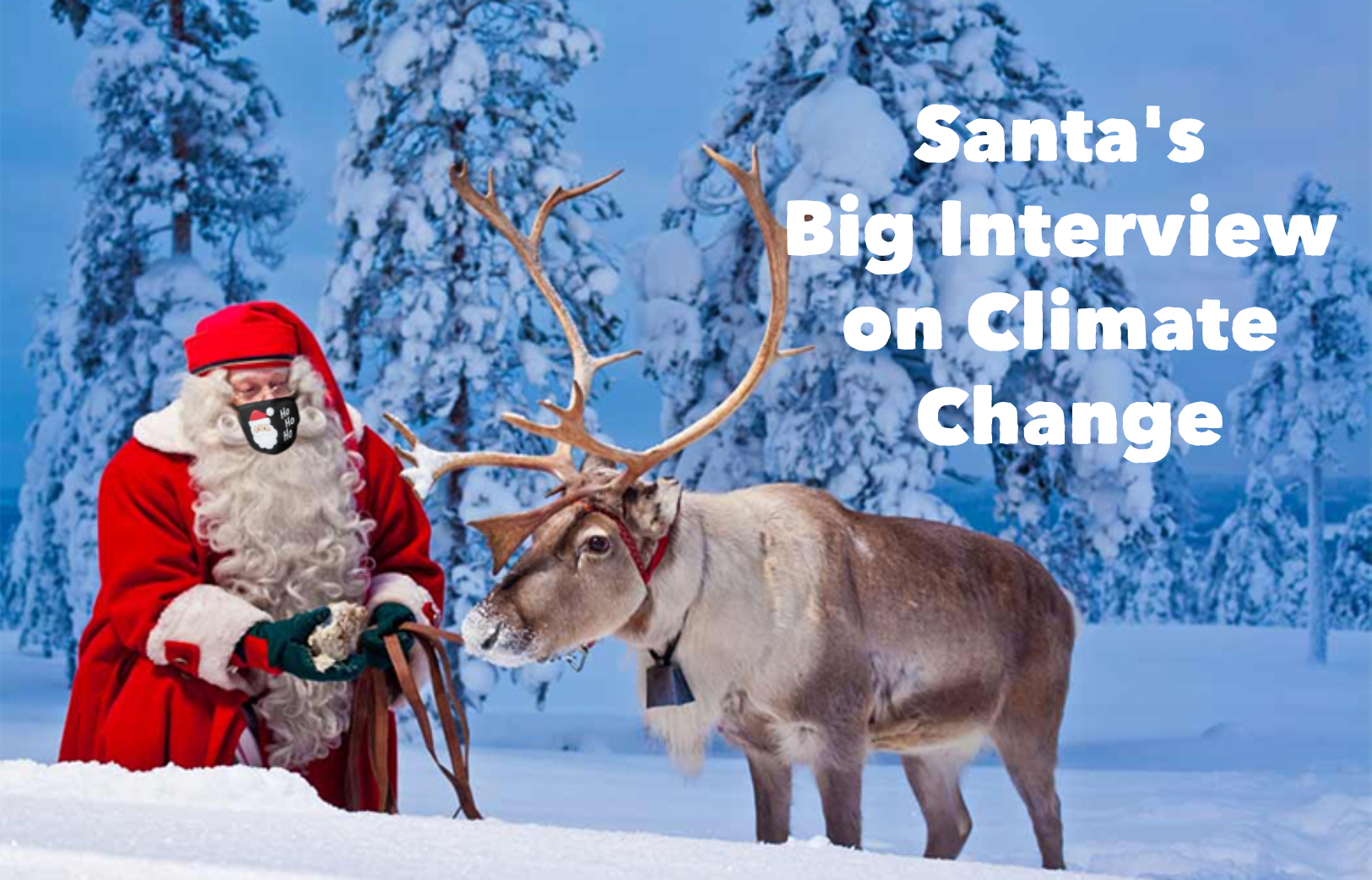 “You’re not still sulking?” inquired Chief Elf as Santa sat gloomily in his office in the toy factory while the elves worked merrily on the cheerfully coloured wooden toys for good children this Christmas. Wearing their little green face masks and gloves, matching their green elf uniforms and work aprons, they were a very productive and positive sight.

“Yes” replied Santa pithily. “I am. Definitely. And I think I have good reason to be miffed.”

“But it’s weeks since COP26 ended” Chief Elf pointed out. “And it’s no use still fretting about the fact that they didn’t invite you.”

“But they should have done, shouldn’t they” Santa wailed, almost petulantly. He really wasn’t happy at all and Chief Elf was getting a bit worried about where his usual jolly Christmas spirit had gone and whether it was ever coming back.

“After all, as I’ve told you before…”

“Yes alright,” said Santa. “But the whole point is that I’m an expert on climate change. I’ve seen the big changes getting worse and worse as I fly over the world every year. The ice retreating, the forests shrinking, the huge fires burning, the pollution growing.  It just isn’t getting any better.

“And also”, he added, standing up for emphasis and causing the elves to jump as his voice boomed out into the toy factory, “we are all very green here. And I don’t just mean the elves. I – er and you of course..” he added hastily catching the very quizzical look on Chief Elf’s face “have always run an environmentally friendly outfit.

“We make wooden toys, not plastic. We use reindeer power for transport on the ground and in the air. I don’t use a plane for whizzing round the world. I don’t contribute to global warming.”

“Yes of course” said Chief Elf enthusiastically. “You just contribute to global jollity. Global giving. Global happiness. Global generosity. Global fun. Global er everything”, he ended a bit lamely as he ran out of positive words to add to global.

“I am cheered up by that list of my global goodness,” said Santa, visibly perking up a bit. “But, given that is undoubtedly the case, why didn’t they ask me to speak at the global conference COP26?  I mean I live in the frozen north and so I am very directly concerned about climate change.

”They do say that if people don’t change their ways even the North Pole is under threat of melting eventually”, he continued. “I mean how long before the snow gets less and the sledge won’t run and the reindeer get too hot and I get too hot and… and……” He really was very glum again.

“Well” said Chief Elf “Here’s something to cheer you up. You’re going to do a big media interview which will enable you to tell the world all about your views on climate change.”

“Really” said Santa “who with?”

“Oprah Winfrey” announced Chief Elf proudly. “I’ve just been speaking to her people and it’s all set for tomorrow afternoon.  It’s a big deal for you and it’s a huge deal for her. It’s a world exclusive and you’ll be watched all across the globe like Meghan and Harry.”

“Who?” said Santa. “Anyway is Oprah coming here or do I have to hop in the sled and fly over to the USA?”

“No. You don’t have to go to California. You just stay here and do the interview online. Her people say it will be ‘epic’ and ‘mega’ and Oprah is ‘super excited’. Oh, and she’ll love it if you get really emotional about climate change – just like you just did.

“But also”, Chief Elf added more seriously, “you must prepare properly for this interview. And that’s not just planning what you want to say. You must comb your hair and your beard and wear your new Christmas suit which doesn’t have any food stains or buttons popping off due to weight gain around the midriff!  Mrs Claus will be bringing that into the factory for you shortly. ”

“So I’ve booked you a media training session with the best in the business, TV News London. They’ll be online this afternoon so you can practice what you’re going to say and how you look, and how to answer difficult questions.”

“Difficult questions?” asked Santa. “Yes” said Chief Elf “You’ll need to know how to answer tricky stuff like “Why do you take presents to children around the world?”
“Because the presents won’t take themselves!” said Santa.

“My original team included Dasher, Dancer, Prancer, Vixen, Comet, Cupid, Donner, and Blitzen” replied Santa. “Rudolph, the red-nosed reindeer, was born later and joined the team because of his special power. It’s his glowing red nose that leads me and the other reindeer through the dark skies at Christmas.”

“Yes but what about a really tricky one like: `What happens if you get stuck in a chimney?’ ”

“Groan, groan groan” said Chief Elf. “You’ll also need to know how to answer simple stuff like: ‘Where do your elves get medical treatment if they’re not well or get injured while making toys?”

“Well, that’s easy. They go the Elf Centre run by our Elf Service” said Santa. “But we have strict Elfin Safety rules so we hardly ever have any problems in the toy factory.”

“Finally. How do you guarantee you’re not spreading you know what when you dash round the world delivering presents all over the place?” asked Chief Elf.

“So what’s the answer to that?” asked Santa.

“Christmas Magic” said Chief Elf wisely. “And I will allow you to add ‘Ho, ho, ho’.”

The Impact of Words – Inside Out Image Guest Blog