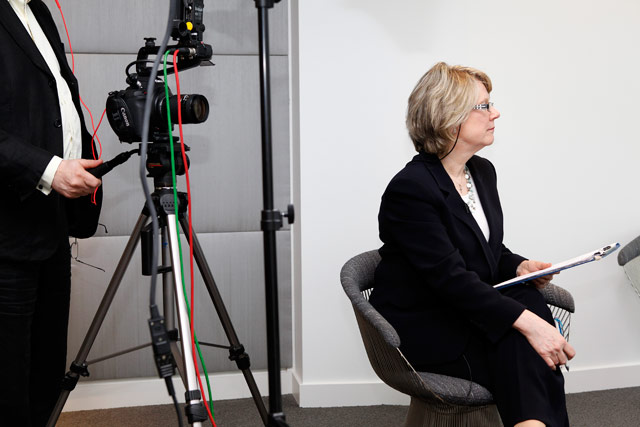 The business of global news coverage now provides a colossal amount of very demanding but very rewarding work for PR’s and for the CEO’s of global companies.  Here is a glimpse behind what you see on screen, hear on the radio and read in print and online.

Nearly 50 interviews – all at locations in Central London – in just two days in January 2014 – covering broadcast and print media in the UK, the USA, China, Japan and the Middle East. That’s an outline of the huge task accomplished by the CEO of a global car manufacturing company publicising his company’s results via the world’s media.

Day One was an Interview Schedule that started at 0900 with the Chinese press and ended after 20 press, radio and TV interviews at 1810 with a live interview on BBC World Service Radio.

Day Two started at 0530 with BBC World TV Business Report followed by BBC Radio 5 Live Wake up to Money and ended, after a total of 27 press, radio and TV interviews, at 1930 with a live TV Studio interview with Jeff Randall on Sky News.

“This was a hugely successful PR exercise” says Malcolm. “It clearly illustrates how, for blue chip companies, it is now essential to have worldwide media contacts, as well as national and local outlets, in order to succeed in promoting top business successes.”

“The demands and the reach of global PR make extraordinary claims on the time and communication skills of top executives, and without media training they will struggle to cope. Coming across as positive, professional and normal in interview after interview is a massive challenge, and it’s not as easy as our clients make it look.”

Tom talks about the Supermoon on BBC Breakfast