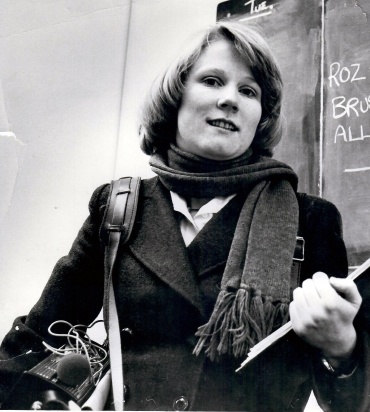 Over the last 40 years the Enfield Poltergeist has become world famous.  Numerous Hollywood films – most recently The Conjuring 2 –  have been (very loosely) based on strange events taking place in a council house in Enfield in the late 1970’s.  The story has never gone away and gained a new lease of life with the arrival of the internet and growing worldwide interest in the paranormal.

Stories about the Enfield Poltergeist started in 1977 and 1978 with BBC broadcasts on radio and television, as well as numerous newspaper reports including the Daily Mirror, The Observer, News of the World, the Daily Mail, and in America the National Enquirer.  The book ‘This House is Haunted: An investigation of the Enfield Poltergeist’ by Guy Playfair was published in 1980 and was reviewed in the Daily Telegraph and other national newspapers.

There has always been interest in what is often termed the paranormal and poltergeist activities have been reported for hundreds of years. But the arrival of the internet followed by the start of YouTube in 2005 have generated huge interest in the supernatural and enabled the provision of more information and opinion about this topic than ever before.

As well as generating continuing worldwide interest on the web, films about poltergeists are very big box office (The Amityville Horror, Poltergeist, Poltergeist 2, Poltergeist 3, The Entity etc..) The TV drama series ‘Medium’ starring Patricia Arquette as Allison Dubois a woman who receives messages and premonitions from the dead/the spirit world, has been extremely popular worldwide.  TV programmes about ghost hunters have devoted followings. The Conjuring 2 has so far made worldwide profits of more than $300 million.

The three episodes were the highest-rated programmes on Sky Living with the first episode gaining 1,871,000 viewers. The previous highest audience for Sky Living was 1,197,000 viewers for an episode of the US crime drama series ‘The Blacklist’ and all 3 episodes of The Enfield Haunting beat this.

So what happened to spark all this interest?  It all started on 31 August 1977 and shortly afterwards on 10 September I visited the house to interview the family and psychic investigator Maurice Grosse. I was then a young BBC radio reporter working for The World This Weekend Programme.

It was a Saturday and it was a very slow news day. We didn’t have enough stories to fill the programme the next day and the Daily Mirror had run a front-page story about this reported poltergeist in Enfield.  It was headlined ‘The House of Strange Happenings’ and it reported that Daily Mirror reporters and photographers had visited a house in Green Street, Brimsdown, a suburb of Enfield, and had seen toys, especially Lego bricks thrown about apparently by invisible hands.

In addition the Hodgson family, who lived in the house reported that furniture had been pushed about and drawers had opened and shut without anyone nearby.  Eyewitnesses including neighbours had also seen strange events and a local woman police officer had signed a statement that she saw a chair move across the floor in the house with no-one pushing it.

I was told all that Saturday – that if nothing else came up I would just have to go to Enfield and investigate this ‘ghost story’. Well nothing else did come up and so I went off to Enfield in the early evening and stayed there for several hours.

What I found was very strange.  There was definitely something very odd going on.  The 3 bedroom semi-detached council house was occupied by divorced mother Mrs Peggy Hodgson and two sons and two daughters, and they were scared because of unusual unexplained events such as toys and household objects moving about without anyone near them, which they found very disturbing.

While I was at the house I interviewed Mrs Hodgson and spoke to her daughters Janet,11, and Margaret 12, and I also spoke to Maurice Grosse an investigator from the Psychical Research Society who was there to try to help the family.  They all struck me as straightforward people caught up in a difficult situation which nobody could find a reason for in everyday terms.

So why did this come to be known as the Enfield Poltergeist?  Poltergeist means noisy spirit in German and there have been reports of this type of noisy and energetic ‘ghostly’ behaviour for hundreds of years.  All the incidents reported at Enfield fitted in with previous reports of what is known as ‘poltergeist activity’.

My report ran for 10 minutes in The World This Weekend on Sunday 11th September and I was so intrigued by the strangeness of what was happening to the Hodgson family that I went on to produce a 40-minute radio documentary – first broadcast in December 1978 on BBC Radio 4. It was repeated in 1979 on Radio 4 and also repeated twice on BBC World Service Radio.

The programme contains recordings of poltergeist activity, unexplained knocking sounds on walls and also the strange deep voices seeming to come from Janet and her sister Margaret and which claimed at times to be the voices of ghosts. I also interviewed scientists who measured the activity and eyewitnesses who said they saw Janet levitating, apparently floating without support.

The Enfield Poltergeist is still controversial.  Critics claim that the whole thing was faked by the Hodgson family. Some have claimed it was all down to the family wanting to move to a better council house.  However, this is not factually true as Mrs Hodgson did not want to move and in fact lived in the house in Green Street for nearly 40 years years and died in the house in 2003.  The family did not make money out of the poltergeist, which, even in the much less frantic media times of 40 years ago, they could have done.

I really do not know what caused the Enfield Poltergeist. I do know that, apart from total sceptics who deny anything extraordinary happened at all, there are two types of theories. There is an internal cause theory – everything is caused by a young person around the age of puberty generating a form of psychic energy that can move objects around without touching them.  There is also an external cause theory – ghosts centre around a troubled young person and the ghosts cause objects to move, strange voices and levitation of objects and people.

I simply don’t know what was happening at Enfield just over forty years ago. But what I do know is that this is the strangest and most disturbing story I have ever reported on.

Link to listen to the BBC Reunion programme

The Sexism Suit and the Sexist Shirt