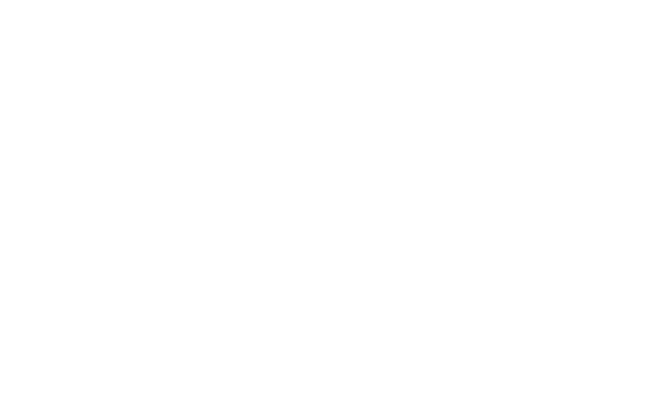 It’s becoming a bit of a competition.  How many different definitions can you give for the letters BBC?

Most recently, with the enthronement of our energetic new Prime Minister,  we’ve had the BBC referred to as the Boris Broadcasting Corporation.

Earlier this week I watched the new BBC Three comedy  ‘Muzlamic’. It’s a pilot show, starring Aatif Nawaz and Ali Shahalom, and billed as the BBC’s first ever British-Muslim sketch show.  It’s very funny with great characters sending up modern British attitudes to Muslims as well as British-Muslim attitudes to white people. Let’s hope there is a full series to come.

The Muzlamic comedy characters include Mabz the Barber, the Whitest Brown Guys and the Guys Who Always Get Stopped at Customs.  In one sketch the mock-documentary voiceover solemnly invites us to meet Mabz, the owner of Halal Cuts in Bethnal Green, where ‘there is a lot of competition among barbers’.  Mabz is on his mobile and has an original turn of phrase. He proudly tells his friend during his call  “I’m just filming this thing for the BBC. Yes the Bengali British Corporation.”

Is renaming the BBC new?

Which made me laugh and made me think – So what is this thing about renaming the BBC?  Is it new?  No it’s not. Actually it’s been going on for years. I personally date it back to the Troubles in Northern Ireland and then on through the civil wars in Lebanon and former Yugoslavia and the BP oil spill.

Why? Because the BBC newsroom gets massive fixations on particular stories and then it leads on them – every day. Day after day.  It’s not just Brexit and Boris. It started with Belfast.

In the 1970’s, 80’s and 90’s,  the BBC probably provided more coverage of Northern Ireland than in the whole of its previous existence as a broadcaster.  I’m ashamed to say most of us had never previously heard much at all about modern Irish history since Partition. When I went to university (Before Bloody Sunday) an undergraduate friend from Londonderry had to explain to the rest of us highly educated English teenagers exactly where it was.

Northern Ireland political parties included the UUP, the DUP, the SDLP and the IRSP and many more.

The police were the RUC (later PSNI) with their B-Specials and E4A (an RUC undercover surveillance unit) and the Maze prison had H-blocks.  The official local army regiment was the UDR.  With such rich materials, the Belfast Broadcasting Corporation was in full acronym mystification mode for decades.

But Belfast wasn’t the BBC’s only ‘B’ fixation. In the 1980’s it also latched on big time to the Lebanese civil war so we had daily reports about fighting in Beirut. There were serious accounts every day on BBC radio and TV endlessly banging on about puzzling groups like ‘The Syrian-Backed Druse Militia’ which I never got the hang of. I always thought the name made them sound like a more heavily version of the Teenage Mutant Ninja Turtles, also very prominent in public debate in the 1980’s.

The Lebanese civil war like many civil wars, including the wars in Yemen and Syria today, was very brutal and complicated with lots of different groups with different affiliations. So unless you really stuck with it on a daily basis, which most people didn’t, it should definitely have come with a new listeners give up warning.

But the Beirut Broadcasting Corporation forged on – joined also by ITN and the national newspapers.  Because they all had reporters on the ground in Beirut, they had to justify the expense and keep using report after report about fighting between opposing groups even when most of us had given up trying to remember which side they were on.

But all this was just GCSE to the A Level standard required for the next BBC compulsory must listen civil war.  The break up of the former communist state of Yugoslavia followed the death in 1980 of its strongman leader Marshal Josip Tito who had held everything together peacefully for nearly 40 years.

Thing were so complicated that eventually, in the early 1990’s, Yugoslavia split into six different countries: Serbia, Croatia, Bosnia & Herzegovina, Macedonia, Slovenia, and Montenegro. Kosovo added a seventh country when it became independent in 2008. Macedonia is still controversial after renaming itself North Macedonia in January this year (2019), causing ongoing controversy in neighbouring Greece which has its own region called Macedonia.

And there’s more.  In April 2010 BP managed to kill 11 people in the Deepwater Horizon explosion and caused huge economic and environmental damages with the subsequent massive oil spill affecting Louisiana and the Gulf of Mexico.

Only five years earlier BP had killed 15 people in 2005 in the Texas City oil refinery explosion. No wonder President Obama was so cross with BP and kept calling them British Petroleum to emphasise how wicked these Brit businesspeople were.

Daily reports from the BP Broadcasting Corporation piled misery on BP and its then Chief Executive Tony Hayward who became famous/infamous for complaining ‘I’d like my life back’ after weeks of constant media pressure.  He was also criticised for sailing in a yacht race with his son at Cowes and unsurprisingly this brief moment of leisure went down like a bucket of cold sick with the American media and politicians who attacked him even more.

This is also a prime example of a business executive handling a crisis extremely poorly, and thus very useful for media trainers like myself in demonstrating precisely what not to say when you’re an executive whose firm has accidentally killed people and ruined the livelihoods of thousands with your oil.

So are all these ‘B’ news fixations just because the BBC loves sending reporters to cover news stories beginning with B? In which case Boris may be in with a chance of success? Or is it just that we all love alliteration?

Also in early July The Sun added a new twist with a front page headline – British Broadcasting Coverup – claiming the BBC had concealed the true extent of big pay rises to its star broadcasters while heartlessly cutting free TV licences for most pensioners over 75.

One thought- some BBC critics have pointed out that if the BBC emphasised much more that its first B stands for British, it wouldn’t have incurred all these unflattering alternative renamings?

What I can tell you is that as a media trainer I use BBC as an old media training acronym.  It’s very useful.  Here’s the advice.  Once you start doing TV interviews, it’s really important to sit up straight and sit back with your feet solidly on the floor. So to be successful at TV interviews our advice is to never forget that BBC stands for Bum in Back of Chair.  It always gets a laugh – and people remember it.

Speak up – Don’t Speed Up