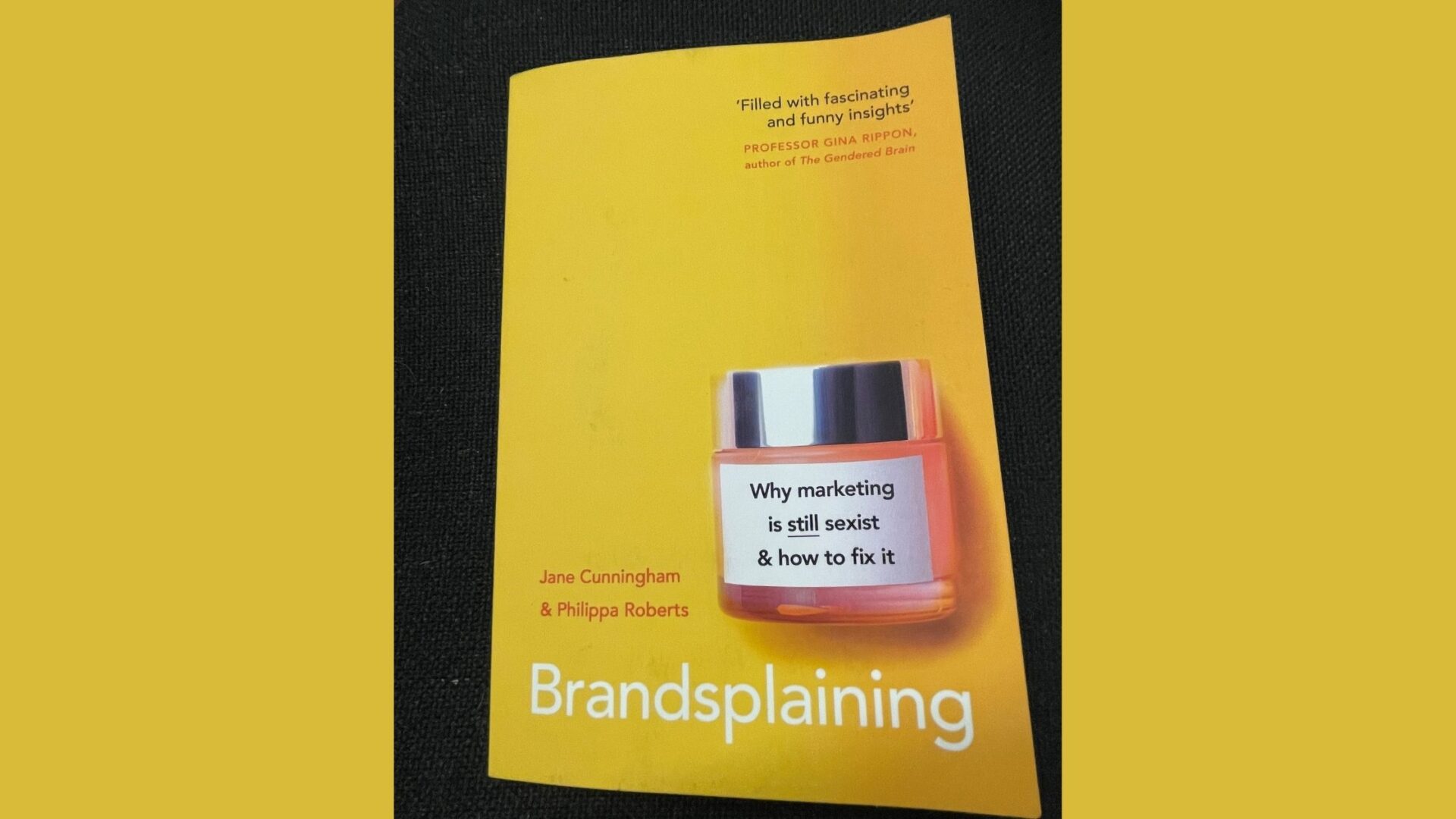 Is marketing in the 21st century still sexist and based on unrealistic representations of women’s lives? Yes it is say marketing experts Jane Cunningham and Philippa Roberts, described as the pioneers in marketing to women, and they’ve written a book called ‘Brandsplaining’ to prove their point.

Derived from the word ‘mansplaining’ which describes men habitually talking down to women, the title ‘Brandsplaining’ is intended to illustrate how the advertising and marketing industry has for many years talked down to women from a male point of view and how it still does, even though many men now think we’re now much more enlightened than we used to be.

Jane and Philippa have long careers in advertising and marketing and rose through the ranks to become part of the leadership teams at DDB and at Ogilvy. However they repeatedly noticed how female customers were perceived in ways that were – at best – inaccurate and – at worst – diminishing and dismissive. So – After more than 10 years of attempting to right the wrong from the inside, they decided enough was enough, and left to set up their own research company, PLH, which is now the leading market research agency specialising in female audiences.

I was very pleased to host an online discussion in September for my livery company, the Worshipful Company of Marketors, assisted by Events Chair, Martin Ashton, where Jane and Philippa talked about their work on brandsplaining and set out their case for change.

Starting with the marketing stereotypes of The Good Girl – the message – you’ll be perfect for men if you use our products – they pointed out that ads make women feel inadequate in the pursuit of perfection – ‘ideal’ homes, ‘shining ‘surfaces, ‘sparkling’ dishes, ‘gleaming’ hair,  ‘flawless’ skin etc.. This all reinforces a view of the world through The Male Gaze and women’s roles as secondary to men.  While ads for men stress strength, purpose and intelligence, women are portrayed as empty vessels, with vacant stares or throwing their head back and laughing in ways generally non-threatening to men.

Backing these points with extensive research, they quoted an analysis of US ads between 1980 and 2010. This revealed women at work were shown in only 4% of ads. Most ads showed women in domestic settings for domestic products. The underlying message clearly still being that women belong at home not at work.

In addition, women over 50 become invisible in most advertising except when promoting products for elderly people. This is in spite of older women being one of the largest segments of most Western economies. Only a few older women, for example, Helen Mirren, are allowed prominence, but only with an unlined face, looking younger than 70, and so reinforcing the message that older women need to look young.

There are now more women working in marketing than ever before, so why haven’t things changed more? ‘ The problem is that the real power in agencies lies with the Creative Director and the CEO, and very, very few of them are women’, Philippa pointed out. ‘However social media is creating a lot of change through female-led businesses and female influencers creating big businesses without using all the traditional marketing methods.’

Jane and Philippa argue that although many brands have now discovered feminism and are selling ‘fempowerment’ with go-girl slogans and viral hash-tags, things haven’t really fundamentally changed and there is still a huge gap between the women that appear in the media and women’s real lives and their real wants and needs.  The ‘fempowerment’ ads create another problem for women because they tell women to ‘be strong’ or ‘ be the boss’, so women still have to improve themselves, but now it’s by changing their ways of thinking, not just their appearance.

So how do we create an innovative framework for marketing that is fresh and free of sexism? Asked by their audience of Marketors what is the one thing that all marketing professionals could do to make a start on changing things, Philippa suggested doing an audit of all their marketing looking for ‘Good Girl’ narratives and listing sexist attitudes, in order to plan to avoid these in future. Plus the book ‘Brandsplaining’ has a detailed 10 point plan for change.

Jane and Philippa have regularly appeared in the media discussing this very important subject and as well as ‘Brandsplaining’,  they are the authors of two other books on marketing to women – ‘Inside Her Pretty Little Head’ and ‘The Daring Book for Boys in Business’.