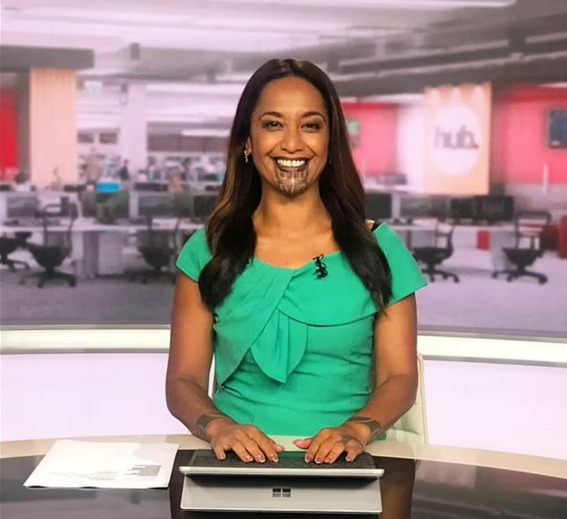 TV News London’s managing director, Roz Morris has posted and commented on a wide variety of stories on LinkedIn over the years.  From Boris Johnson’s lack of preparation for his speeches including his infamous ‘Peppa Pig’ advice to the CBI, to the British government’s media mistakes in handling the Petrol Crisis, to examples of poor choices of clothing or messaging for TV Interviews. You name it she has covered it.

However, none of these have sparked more interest or reached the vast amount of views, shares and discussion comments on LinkedIn than a news story she posted in January about New Zealand newsreader Oriini Kaipara.

Oriini made news herself by becoming the first person in New Zealand with a Maori face tattoo to anchor a primetime TV news bulletin. So far, Roz’s post about this has gathered a record high for TV News London of 24,211 views.

“This far outstrips even my posts about Boris Johnson which usually get several thousand views“, Roz says.

“I think this shows that TV news and newsreaders are still very important to people across the world and cultural changes get noticed, even in this digital universe we all now inhabit.”

You can read the news article here

Connect with Roz on Linked In here

Women of the Year Lunch 2017 honours women working in emergencies