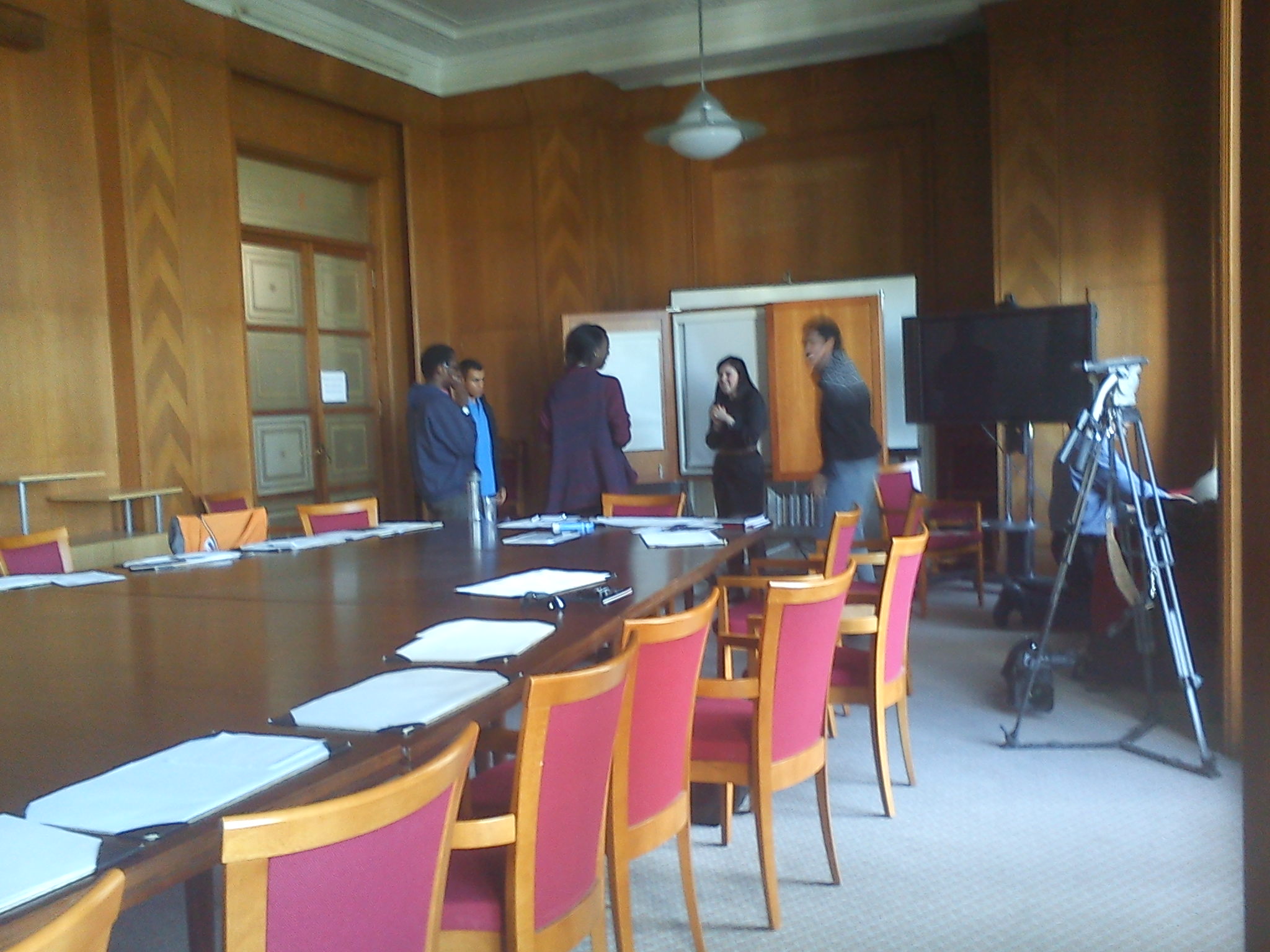 The London 2012 Olympics depends on thousands of volunteers of all ages to help it to run smoothly and for the past four years TV News London has provided media awareness and media interview training for more than 80 teenagers from the London Borough of Waltham Forest who are Youth Ambassadors for the event.

The Youth Ambassadors are a selection of talented young people from schools and colleges within the Borough responsible for making sure the younger voices of the local community were heard and they were given the chance to have an input into developments of the London 2012 and Paralympics Games.

This year has been very exciting for them.  Some of the teenagers selected to be Waltham Forest Youth Ambassadors have carried the Olympic Torch on its way to the Stadium and  most of them were at the spectacular ‘Isles of Wonder’ Olympic opening ceremony on Friday July 27 in the stadium in the Olympic Park.  A few took part in the ceremony.  One of these is Haider Ilyas who was playing his drums  as a Ceremonies Volunteer Performer.

He says: “I feel so happy and fortunate and thank God for allowing this once in a lifetime opportunity to perform at the greatest show on earth, the Olympic Games. We don’t know whether the Olympics will ever return to London again, so I truly feel privileged to be given this opportunity.

“Drumming is a hobby that I really enjoy, whether I’m playing Spanish drums, Pakistani drums or African drums.  In my spare time I practice playing drums with my friends, who are known as the ‘Bongo Brothers’, they have been very supportive of me practising for the Olympics. I really appreciate their help.  I feel I am not only an ambassador for my college, my family, my borough and my city, but the whole United Kingdom.“

Waltham Forest Youth Ambassador, Ryan Richefond, did very well in his media training course and he’s good at sport too,  including football, golf and karate.  He told us when he did the course that he had hopes of becoming a sports journalist.  He is now working as a ball boy at Wimbledon for the Olympic tennis championships and has just been signed to play for Crawley Town FC,  so maybe the sports journalists will be writing about him soon.

Tasmia Syeda Tahia did media training with TV News London last year. She says :”I have had many exciting opportunities as an Olympic Ambassador, from touring the Olympic Park to attending the Love Your Borough Awards and meeting Olympians Jonathan Edwards and Kriss Akabusi.

“More recently, I helped launch the audio tour of the Olympic Park.  Most of all, this opportunity has taught me to never stop believing in myself and to strive for success. “ Tasmia is 17 and is writing her first novel called ‘Silent Voices’.

Steven Cheung, a Waltham Forest Youth Ambassador and Olympic Torchbearer, has for the past eight years been a role model for the local community of Waltham Forest and Chinese communities across Britain, inspiring over 1,000 young people to become actively engaged within their community through the Young Advisor Charity.

Steven has been able to work with various organisations,  including  the Department for Communities and Local Government, The Ministry of Justice, The Princes Trust,  Waltham Forest Council 2012 Team, The Mayor of London, The Metropolitan Police, British Council, British Youth Council, UK Youth Parliament, and the office of The Speaker, UK Parliament, to be a representative and voice the concern of the youth and BME community. He has also had meetings with the chair of London 2012 Lord Sebastian Coe, athletes such as Paralympians Ade Adepitan and Tanni Grey-Thompson and Olympians Kelly Holmes and Jonathan Edwards.

Steven also sits on the board of the British Chinese Project to encourage and elevate the presence of UK Chinese in Britain through volunteering, becoming a school governor, or taking part in political participation.

As a member of the Legacy Now Youth Panel, Steven has worked with The London Development Agency (LDA) EDAW, Allies and Morrison, KCAP and Fundamental Architectural Inclusion in overseeing the Legacy Masterplan Framework (LMF) – spatial plan for homes, parkland, schools, workspace, health and sporting facilities to be developed on the Olympic site after the 2012 Games, and as part of ongoing community engagement and consultation

He says :”The Panel has provided budding planners and designers the opportunity to gain valuable industry experience, while offering the next generation’s vision on the regeneration opportunity. These are a few examples of the things I have done:

In the Olympic closing ceremony on Sunday 12 August, Haider Ilyas  will again be drumming . Plus  Claudia Sermbezis, one of our TV News London trainers who ran some of the media training courses for the Waltham Forest  Youth Ambassadors, will also be performing in the Olympic Stadium.  Claudia will be dancing during the first 20 minutes of the closing ceremony. She says she’ll be wearing a lime green costume, but can’t tell us more!TV News London’s Managing Director Roz Morris says: “ We’re delighted to have helped the Youth Ambassadors to prepare for their roles in the 2012 Olympics and we’ll be looking out for Haider and Claudia on August 12.”