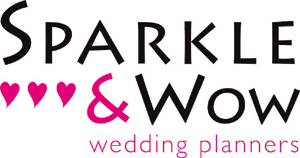 Roz Morris and a Camera Technician ran a one to one TV Media Trainingsession for Sonia Abrams, MD of Sparkle and WOW at her offices in Cockfosters in North London, in preparation for her appearance on Wedding Breakfast on Wedding TV.

Here’s what Sonia told us after her course:

“I had always imagined what it would be like to be on TV but when the appointment was confirmed for me to appear on Wedding TV I was full of panic. Luckily a few weeks prior I had met Roz from TV News London at a networking meeting in London, so it was a no brainer –give her a call.

Roz came to my office and had already prepared some questions that the presenter was likely to ask me. We did a run through and watched it back and did a number of run throughs. The advice and knowledge shared by Roz was amazing. From how to sit, style of clothing to wear and colour choice were all covered.

The interviewer actually asked most of the questions Roz had practised with me during training. Roz even contacted me after to give feedback. The feedback and training was invaluable and even gave me the confidence to do an unplanned TV interview which was part of a one hour feature for our wedding event staged at Alexandra Palace.”

British Eventing Executives Are Put Through Their Paces