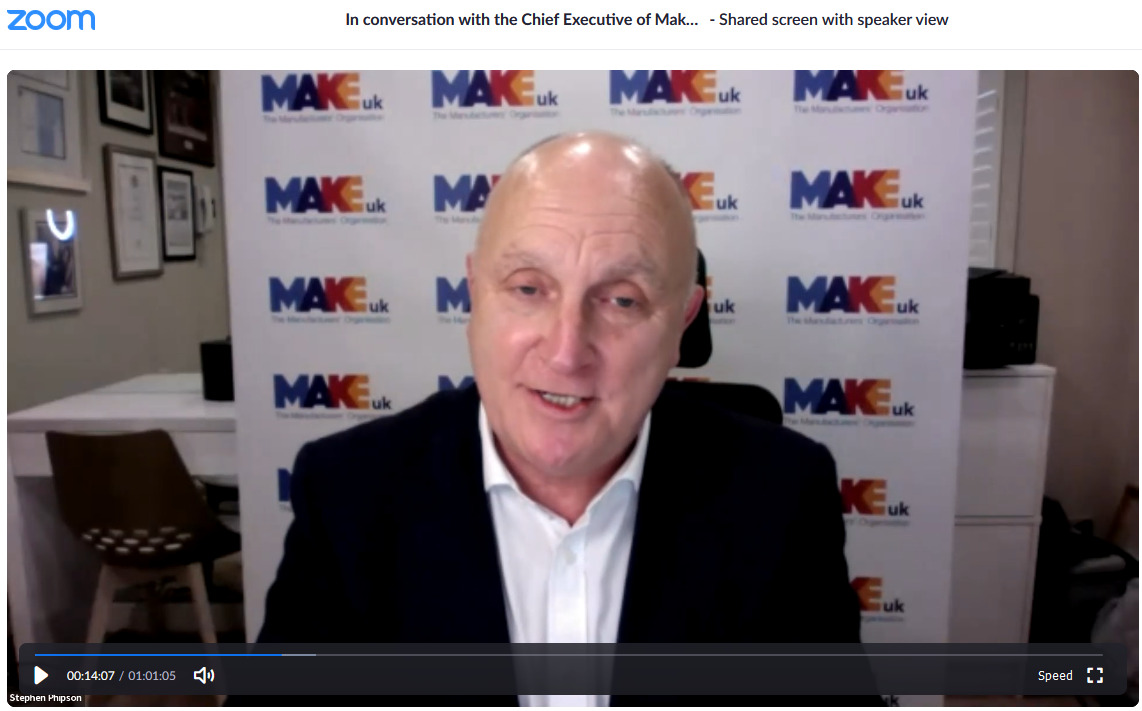 Talking on Zoom to an audience from more than 20 foreign chambers of commerce based in the UK, Stephen Phipson answered questions on a wide variety of topics affecting UK manufacturing.

MAKE UK, the Manufacturers Association, formerly known as the EEF – the Engineering Employers Federation – represents more than five thousand businesses and is one of the UK’s most influential business organisations. It provides essential business support and training, champions the manufacturing industry in the UK and the EU, and lobbies the Government to help British manufacturers compete, innovate and grow.  https://www.makeuk.org/

“The position the Government took was that it was out of date (following Brexit)” he explained.  “However inside the Industrial Strategy we have a number of what we call sector deals, large Government support for different sectors, helping particularly around innovation and those kinds of issues and translating innovation into production. Some really good initiatives were coming out of that and we were really worried that we would be losing some of those good things.

“So after getting a bit grumpy with the Government I’ve got confirmation back in writing  that they will continue with their Industrial Policy work which means these initiatives will continue under the Plan for Growth.”

Stephen Phipson also highlighted the work of the Make UK Technology Hub in Aston, Birmingham, which provides a leading role in providing manufacturing and engineering apprenticeships, working with employers such as Jaguar Land Rover, Ishida and AE Aerospace.

From Camden to California – Green Note back in business